The flag of New Hampshire follows a common pattern for U.S. state flags, featuring the state seal on a field of blue. It is the only flag, though, to feature a warship.

It was originally adopted February 24, 1909 and has changed just once to accommodate changes to the state seal.

The current version was officially adopted in 1931.

The New Hampshire flag features a field of blue charged with the state seal, centered.

In the 2001 North American Vexillological Association (NAVA) flag survey of United States and Canada flags, the flag of New Hampshire was ranked 63rd out of 72.

The prominent colors are blue and gold, with supporting colors within the seal.

New Hampshire law doesn’t specify dimensions, but the flag is usually produced with a proportion of 2:3.

It does call for the coat of arms to be produced with “suitable proportion.”

The original New Hampshire flag still featured the state seal at its center. The ship was depicted further in the background, with ship builders working in the foreground. The law was not specific, so varying versions of the ship became common until 1931 when it was standardized.

The state coat of arms (pictured) shows a similar compositon to the original seal. 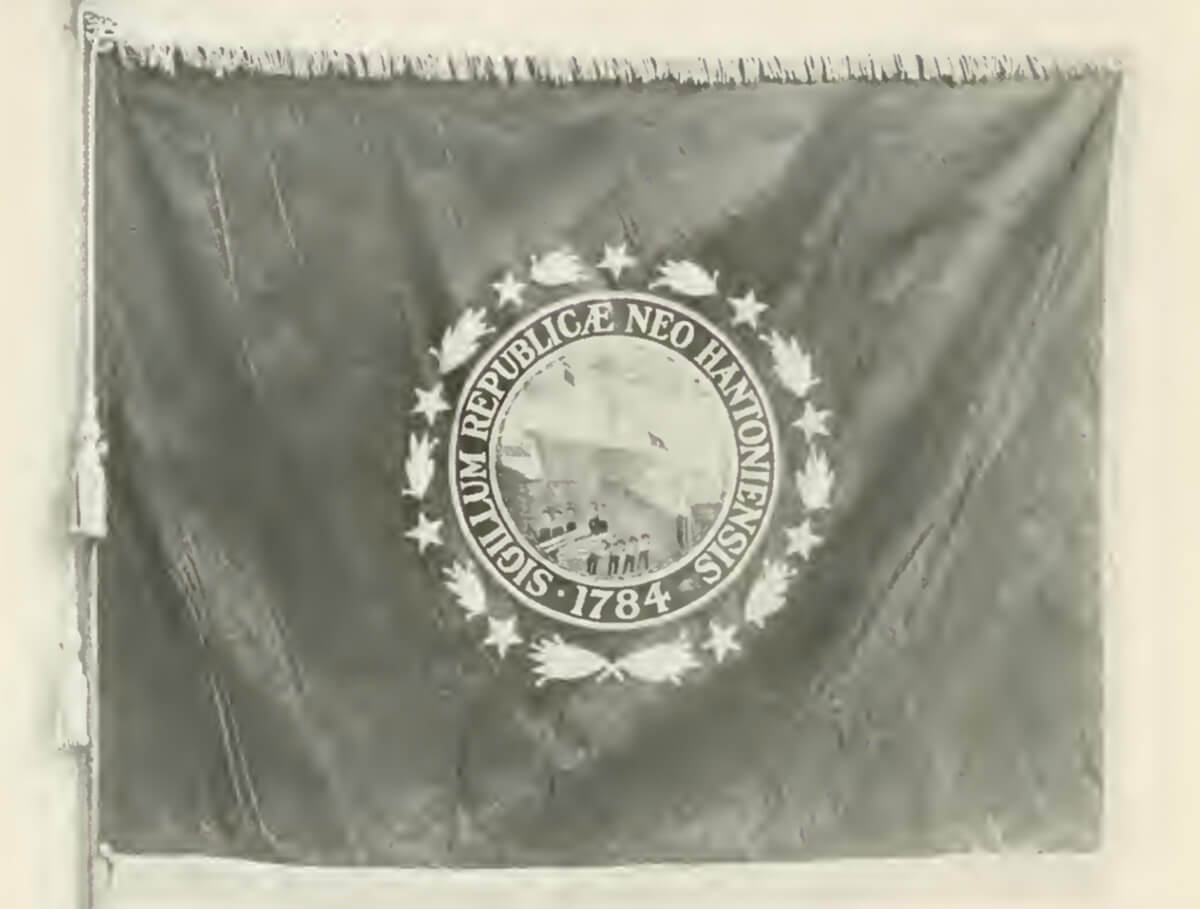 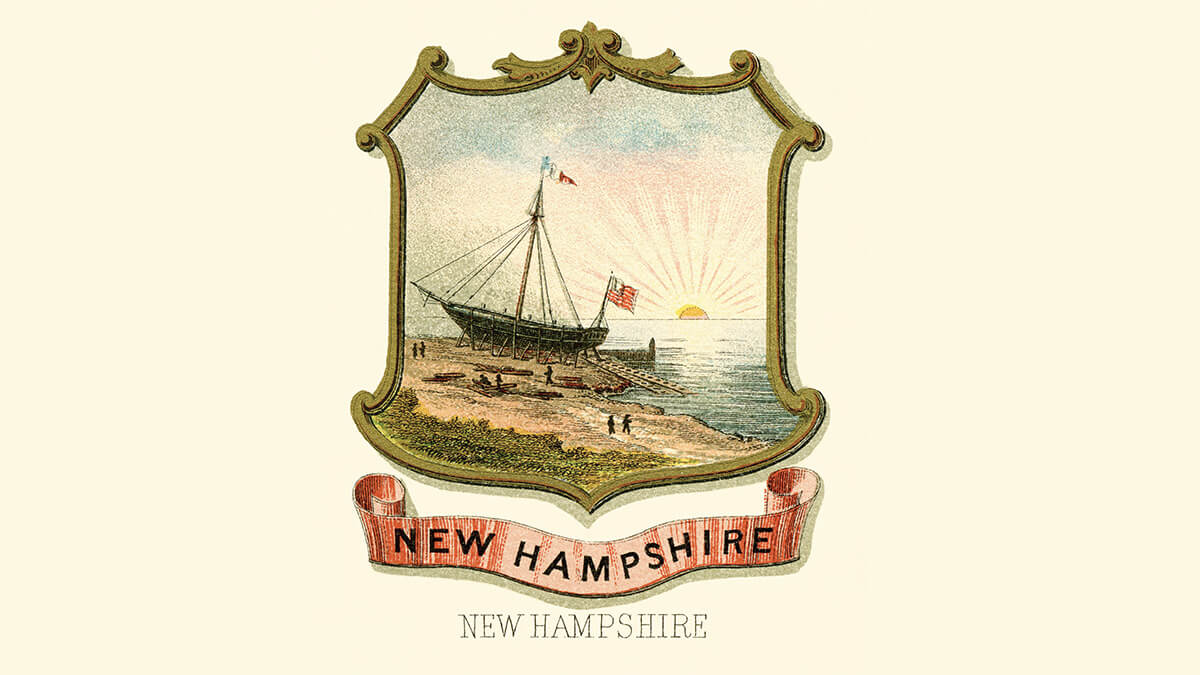